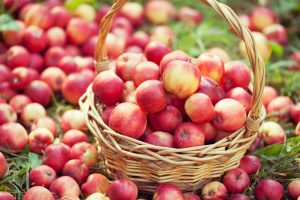 If you’ve ever had a swig of apple cider vinegar – straight – you know that the effects are robust enough to pucker your kisser, which may not be such a bad thing, if you are preparing to plant one on your sweetheart. But, did you know that the taste you get from that swig does so much more?

What if I told you that apple cider vinegar could lower your blood sugar levels to help fight diabetes. Or lower your cholesterol to improve your heart health. Or protect you against cancer by slowing the growth of cancer cells or shrinking tumors? Those benefits would be much coveted, right?

Did you know that apple cider vinegar has antiseptic properties? What does that mean? According to Merriam-Webster Dictionary, an antiseptic “opposes sepsis, a toxic condition resulting from the spread of bacteria or their toxins from a focus of infection.” It also “opposes putrefaction, the decomposition of organic matter.” The word we’re used to hearing for this condition is decay and its smell, an accompanying  putrid odor.

Apple cider vinegar also serves as an anti-oxidant. Again, resorting to the Merriam-Webster Dictionary, an antioxidant is “a substance that inhibits oxidation or reactions promoted by oxygen, peroxides, or free radicals.” What do oxidants do to our bodies? Let’s just use free radicals, a term with which you may be familiar. Free radicals damage body cells; they are active and unstable molecules that steal electrons from other cells. What does the body look like after free radicals have done their damage? On the skin, they’re wrinkles. Free radicals rob the skin of its firmness and elasticity. On the inside of the body, it’s the same. Organs deteriorate, which is why antioxidants are desirable to stave off the effects of the chemical destruction of our free radical enemies.

But, we’re not yet finished telling you about the wonders of apple cider vinegar.

Apple cider vinegar has the following nutritional and health benefits: stops muscle cramping, gets rid of gout, stops menopausal hot flashes, removes Plantar Warts, gets rid of Shingles, to name a few. In short, it ravages diseases caused by bacteria and viruses.

One of the properties of apple cider vinegar and the reason it’s so good at cleaning and healing is found in its pH level. We’ve all heard the term pH, but what does that mean? You may be familiar with substances being acid or alkaline; pH stands for potential of hydrogen or “a measure of the degree to which a solution is acidic or alkaline,” according to The Medical Dictionary. The differing types are based on a neutral reading of water at 7 pH. Anything higher than 7 is considered alkaline; anything lower than 7 is considered acid. Apple cider vinegar is 2.4 pH and thus acid. And it’s this acid property that makes it a good cleanser and a strong ingredient for killing bacteria.

Now, what if I told you that many diseases begin in the mouth? Think about the terms tooth decay, gum disease, oral cancer, and even bad breath (think smell of decay). What if there were a product designed for use in the oral cavity that included the power of apple cider vinegar to kill bacteria, prevent tooth decay, and kill gum disease? And what if all the other benefits featured above were also in play?

The good news is that a recently formulated product, part of a dental care system, is now available. It’s called Swish Mouthwash.

Disclaimer: This product is designed for use with the other products in the system. It should not be used by itself but in conjunction with Scrub Toothpaste to be most effective in achieving oral health.

This blog features apple cider vinegar, only one of many superb, healthy ingredients found in Swish Mouthwash. Other blogs will delineate other ingredients, one at a time. 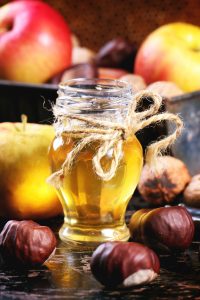 About the Author: Karen Lohrengel

Karen Lohrengel is founder of Angel Copy Right. She holds a Master of Arts from Arizona State University and writes for Web and print media. Trained by American Writers and Artists, Inc, she currently specializes in the health and wellness niche but also has experience writing ad copy in a variety of other business environments.